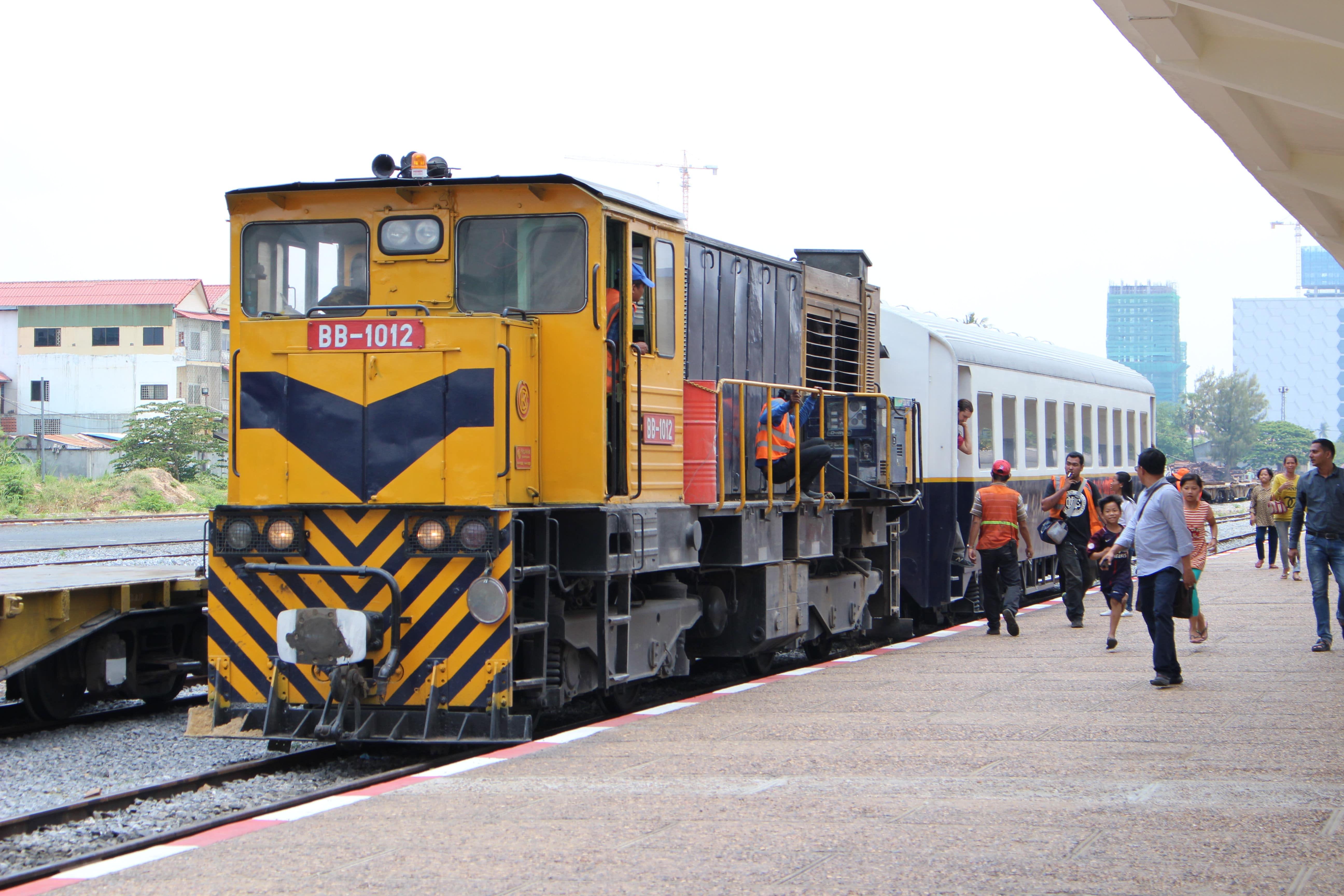 On April 10th the new train line from Phnom Penh Railway Station to Phnom Penh International Airport opened.Until July 31st fares will be free, in what is a test period. Usually just a 30-minute car ride with low traffi c, during congested times like rush hour it can be 1 hour long, leaving us feeling anxious about having enough time to check in. It should be convenient with regular train services – let’s take a look at the reality of the current situation.

The station is located at Phnom Penh’s northern side. It’s on the intersection of Monivong Boulevard and RussianBoulevard, about 700m north west of Central Market.Façade of the station. This old grand

building has been beautifi ed thanks to a renovation.

Inside the station. With a high ceiling it has a bright and spacious atmosphere.

“Let’s check when the next train leaves.” We have a look around the station but can’t find the timetable. (There’s the timetable for the south line heading to Sihanoukville). We asked a staff, but she told us “it would soon be here” Ummm… What time?!

On the electronic billboard above the entrance to the platform it states “Airport Shuttle operates approximately every 45 minutes”. And so we should be able to ride a train within 45 minutes – until it arrives we continue our exploration of the station’s interior.

As services to the airport are free until the end of Julyduring the “trial period”, we don’t need to buy a ticket. Tickets for the south line (Phnom Penh –Takeo Kampot – Sihanoukville) are available here.

The train used to service the airport line?

Big signboard with diagram of the Airport Shuttle Train. The train pictured is planned to come into service from August.

There’s automatic check-in machines, which are compatible with some airlines, including ANA who provides direct flights to Japan. Check-in while you wait for your train. (Available: ANA, QATAR, EMIRATES, SILK AIR,DRAGONAIR, THAI AIRWAYS, AIR ASIA)

There’s also a coffee shop inside the station. I purchased a coffee and some bread to consume while waiting for the train.

At last the train has arrived!

The current train used for the line – a diesel train is connected at each end of the carriage.

As soon as people finished alighting and boarding the train, the train leaves.

Bench seat style. It has AC in the train also.

Taking in the views on the way to the airport.There’s stretches where houses line both sides of the tracks, but unfortunately there’s also stretches where much rubbish can be seen.

One railway crossing along the way was manually raised and lowered by hand.

Arrival at the airport

With no stations along the way, we went non-stop until arriving at the airport. The trip took a tad over 30 mins. The train traverses Highway 4 and the station has been newly built inside the airport, at the parking lot.

The newly built airport station which services the Airport Shuttle Train. It is very clean and has full air conditioning. It’s a pleasant wait for your train.

• Trial period lasts until the end of July

• Free of charge until the end of July. Fares from

• At this point in time, trains run approximately every

after 1am in the morning (last train from the airport)

• It takes just about 30 mins from Phnom Penh Station

• With fares being introduced in August,

the amount of services is planned to be increased

• If you’re not in a rush and want to save money, this

mode of transport is recommended

(Taxis costs about $12 from the airport to downtown)

• If you want to try out Cambodia’s train services,

please give this one a go!

Even with the trains only running every 45 minutes, and the departure time perhaps not suiting your schedule, taking into the consideration the traffic jams and the fact the ride is much smoother than using bikes and tuktuks, these trains are appealing. These trains might suit those who can afford a little extra time and feel like they’d enjoy having an outing – whether heading to the airport or seeing the suburbs on the way into the city.By the way, the previously mentioned app, “Grab”, is running a campaign (as of May, 2018) where you can save up to 12,000 riel. Depending on the distance you might be able to travel using the train and Grab to your destination free of charge. We would like to think in the future with this line coming into full service, it may become one factor that contributes to alleviating the city’s traffic congestion problems.

We will send you the latest information 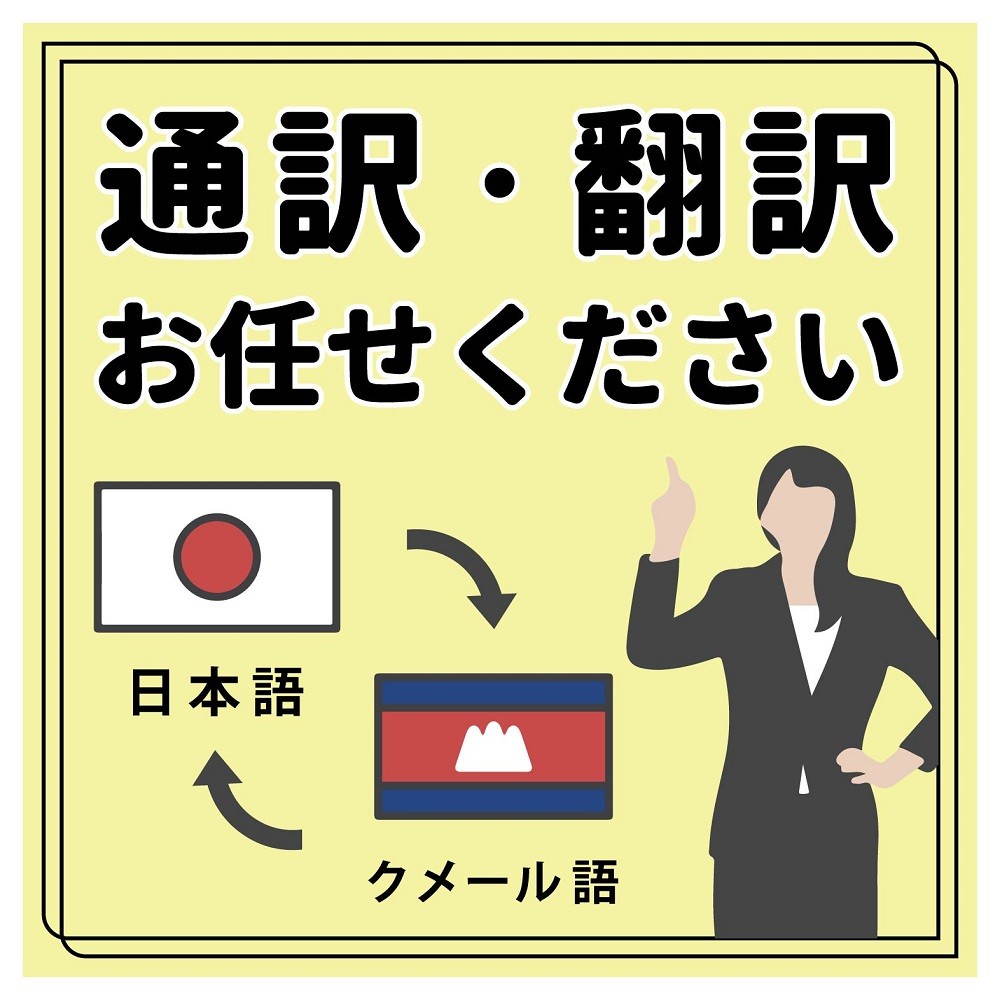